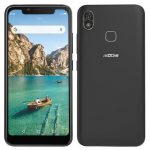 The phone comes with a good battery with a charge of 2800 mAh and this will last a while when using the phone as the processor is not as powerful as others, so battery life on the iVoomi Z1 is very good. The mobile phone comes in 3 colours as you can see which is Black, Blue as well as Gold.

The resolution on the mobile phone is good with its 720 x 1498 pixel screen. This on a 5.67 Inch screen. This phone does use a touchscreen as it also comes with a good aspect ratio of 18.7:9 as can be seen from its specifications. This is also a dual SIM mobile phone and this can be very useful for both home as well as business when you need to have two separate telephone numbers. The phone is not too big and you will like the feel of the mobile phone.

The hardware of the iVoomi Z1 GSM is the heart of the mobile phone. You will note that the battery life is good on the phone as the CPU is a 1.3 GHz quad core processor from MediaTek. The MediaTek MT6739. This processor offers the latest for fast entry-4G smartphones which in this case also sports the latest 4G LTE functions as well as 18:9 display support for a mobile phone. The iVoomi Z1 has 2GB of RAM which is more than enough for most users as well as 16GB os storage and this is expandable to 128 GB with a microSD card.

Yes there is WiFi on this mobile phone as well as GPS and Bluetooth. This is a dual SIM mobile phone and both SIM’s have full capability. Both offer GSM as well as 3G, 4G LTE as well as supporting 4G in India (Band 40). This is overall a very good phone within a good price range of about Rs. 5,000. This is the iVoomi Z1 summary as well as specifications of the phone.

You can also find out how to do a factory reset on the iVoomi Z1 GSM on this website.