This is the top-tier MediaTek Helio G Series chips. The G stands for gaming. Each chip has its own strengths and weakness. Below you will see the breakdown of the different chips and what each chip offers. This gives you a view of what your phone is capable of. See the other mobile CPU in mobile phones. (See also the Snapdragon 200 an older processor) 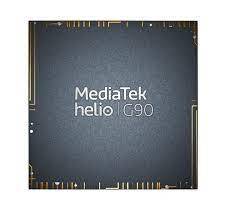 4266MHz effective) which allows for loads of bandwidth.

The MediaTek Helio G90 is also the first chipset to use the latest 64MP 4-cell sensor cameras. This allows for many photographic options. There is also the use the quad-pixel technology which allows for good night-shots with excellent low light performance.

The four cameras use the multi-camera framework which allows for a variety of lens as well as sensor options. Different brands use this differently. With the MediaTek Helio G90 the video has the ability to capture ultra-fast 240 FPS with the efficient HEVC encoding. The MediaTek Helio G90 has 2X APU hardware with good CPU and GPU cores there’s a total of 1TMACs1 of AI performance.

The chipset also offers the which integrates a Cat-12 4G LTE World Mode modem. This with 3x CA and 4×4 MIMO and 256QAM. It also offers global eMBMS, HPUE as well as Band 71 support in North America. This is the first chip covered in the MediaTek Helio G Series of processors.

These are the hardware specifications of the MediaTek Helio G90.

The MediaTek Helio G70 is a good processor for many smartphone users as well as for gamers. The MediaTek Helio G70 incorporates the Arm Cortex-A75 CPUs which runs up to 2GHz. There are also six Cortex-A55 CPUs in a single 8 core cluster. The chipset allows for 8GB of fast LPDDR4X memory. If you are running gaming when you have time then the 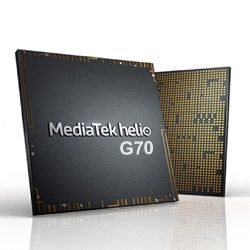 memory as well as the GPU you will appreciate. The G70 is an Arm Mali-G52 class processor which runs up to 820 MHz.

The G70 allows for a mixture of cameras as well. Each brand makes their own designs. These can be a mixture of large, dual camera systems that can use a wide angle, telescopic, macro or other lenses. The camera system is further backed by the hardware accelerator.

These includes a dedicated depth engine as well as a camera control unit (CCU). There is also an electronic image stabilization (EIS) as well as a rolling shutter compensation (RSC) technology. This allows for video panning as well as ultra-fast recording with up to 240fps.

There is also the AI performance which has to be looked at. The AI allows for new engines for tasks such as object recognition with Google Lens as well as the Smart Photo Album as well. The chipset also allows for scene detection and segmentation which becomes useful with many other apps. The connectivity here also includes essential dual 4G VoLTE for exceptional voice as well as video call quality which is becoming more important each day.

These are the hardware specifications of the MediaTek Helio G70.

The MediaTek Helio G95 is an 8 core CPU which has Arm Cortex-A76 processor cores (3.0 GHz in phones and 3.3 GHz in tablets) which run to 2.05GHz. There are also six Cortex-A55 processors which are more efficient.  The graphics is powered by an Arm Mali-G76 MC4 GPU with speeds that boost to 900MHz.  The chipset has been designed to manage up to 10GB of LPDDR4X which runs at 2133MHz. This provides more bandwidth when you need it. The G95 also supports UFS 2.1 storage 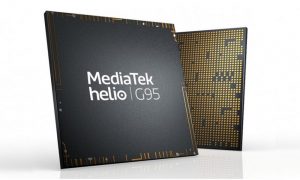 The chip also has the integrated MediaTek AI Processing Unit which is also called the APU. This is used by a number of apps which makes use of the AI which offers super resolution which is used for video conferencing or streaming video. It can all be done in real time. The G95 can also allow brands to change their cameras which have multiple cameras. This allows for different lenses as well as options for your sensors. As an example the G95 can manage a 64MP camera as well as offering quad-pixel technology. This allows for night-shots with excellent results in low-light conditions.

You will also see that the MediaTek Helio G95 also offers a triple-ISP design which is optimized for power and performance. This while it allows for the use of an integrated hardware depth engine. This engine provides for very smooth as well as real-time previews. The chipset also offers video can still be captured at ultra-fast 240 FPS all with efficient HEVC encoding. The chipset also allows for fast Cat-12 4G LTE WorldMode modem usage. This with key connectivity features such as 3x CA and 4×4 MIMO and 256QAM which is also integrated.

These are the hardware specifications of the MediaTek Helio G95.

The MediaTek Helio G85 saw an improvement with the popular AI-camera tasks. There has been a performance boost in terms of  object recognition such as with Google Lens. There is also scene detection as well as segmentation with the Smart Photo Album. Also there is also background removal which is good for live streaming or for video conferencing. The AI is also in full compliance with Android Neural Networks API. 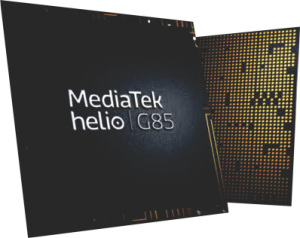 The MediaTek Helio G85 allows for a number of camera combinations. These camera lenses can be a mix of wide angle, telescopic, macro as well as sensor sizes up to a large 48MP (4-cell). The ISP design allows for secure facial recognition to unlock your phone. There are also a number of hardware accelerators. These would include the use of the hardware depth engine which is used for dual-camera bokeh captures.

There is also a Camera Control Unit (CCU) and what most would appreciate, the Electronic Image Stabilization (EIS) as well as the Rolling Shutter Compensation (RSC) technologies. The chipset also allows for ultra-fast recording up to 240fps.

Finally in terms of connectivity there is the dual 4G SIM which also provides excellent voice and video call quality, all of this via the VoLTE/ViLTE.

These are the hardware specifications of the MediaTek Helio G85.

The MediaTek Helio G25 uses dynamic management of CPU, GPU and memory. The chipset is a combination of the 8 core Arm Cortex-A53 CPU. This CPU will run at up to 2GHz. The chipset also has a IMG PowerVR GE8320 GPU which runs at a speed of up to 650MHz. 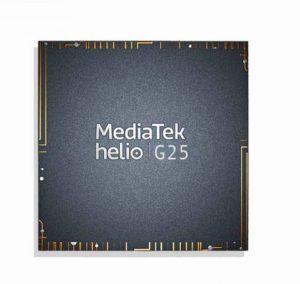 The G25 uses the 25nm process for its production. The chipset also uses the HyperEngine with its power management. This helps to extend the battery life of the smartphone. The G25 also allows for multiple cameras. This includes a hardware depth engine.

There is also integrated Camera Control Unit (CCU) which in turn powers the Instant Auto Exposure (AE). This allows for faster focus and adjustment when the lighting change. There are a number of AI enhancements which will power such software as AI beautification as well as Smart Photo Album.

The chipset comes with an integrated 4G LTE World Mode modem. This also includes dual 4G SIM support which allows VoLTE/ViLTE on both connections. There is also the use of the MediaTek TAS 2.0 smart antenna technology. This hardware has the ability to actively detect signal quality for the best connection with the lowest power use.

These are the hardware specifications of the MediaTek Helio G25.