These are the Motorola Edge S30 specs which you are looking for. Note that the phone sounds similar to the Motorola Edge X30 specs which I am not certain why they would be better served calling it by another name. From the specifications you will note that there are differences between the two mobile phones. Compare the two and see what suits you best. The cost will also differ as this is the cheaper version of the range.

These phones are popular in Japan and you can see on this website how to add the APN settings on the phone. The three largest are the b-mobile APN Settings, APN settings for SoftBank Japan as well as the NTT DoCoMo APN settings also on 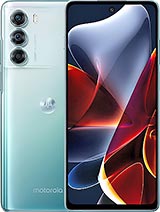 The Motorola Edge S30 basic hardware has been added below and the LCD screen first off tells you the phone is not very high end. See the rest of the Motorola Edge S30 specs as seen below.You will also note that the processor as well as the GPU is mid range. There is also large amounts of memory and storage on the phone. There is no card slot and they use UFS 3.1.

It has a very large battery as well as having the fast charge option. Communications on the phone are also pretty standard which you would find on your average mobile phones today. The phone does however have WiFi 6e which is not very common with mobile phones as yet. See the rest of the mobile phone specifications which you can see below. You can also see similar phones in this range on this website. So look there for more information and yes this is a 5G phone. The phone is a Dual SIM (Nano-SIM, dual stand-by) with a glass front, plastic frame and a plastic back. The phone is water repellent.

Search this website for more details on the Motorola devices as this is only one of them. There are also other hardware on this website which might interest you. See the hardware section of this website or use the search engine of the side bar to complete the search. See more for details which you might have missed. There is also a CPU as well as a GPE segment on this website.