The specifications of the Qualcomm Snapdragon 660 has been added below. The processor is a fast mid-range ARM-based processor mainly found in Android tablets as well as in Smartphones. The processor was announced in mid 2017. The SnapDragon 660 is the successor to the Snapdragon 625 which is the older model. This processor features 8 Kryo 260 cores (64-Bit capable) that it has been divided in two clusters. You will note that the fast cluster of four cores with up to 2.2 GHz and a power saving efficiency cluster with up to 1.8 GHz. Both clusters can also used together.

There are a number of mobile phones that use the Snapdragon processor. These include the Vivo 11 Pro mobile phone amongst other mobile phones such as the Nokia 7 mobile phone. Now nn addition to the 8 CPU cores you will find in the Snapdragon 660, the SoC integrates a mid range Adreno 512 GPU (which you can information on this website) with a LPDDR4 memory controller which is a dual-channel running at 1866 MHz and also supports the Wi-Fi (802.11ac + MIMO, max. 867 Mbps) with Bluetooth 5. There is also the LTE (X12 LTE modem with up to 600 Mbps download and 150 Mbps upload) which is a good addition to the System on Chip.

In Benchmarks of the Oppo R11, the CPU part of the Snapdragon SD660 performs between former high end Socs like the Snapdragon 821 in the Pixel XL and the Snapdragon 835. The graphics performance is however much lower, as the Adreno 512 is only a slight upgrade of the older Adreno 510 (due to the higher clock speed). 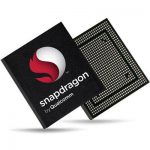 With the new 14 nm process energy efficiency has been improved. With the BIG.little combination adding to the lower power consumption.

You will note that the 14-bit Qualcomm Spectra 160 ISP can support capture of up to 25 megapixels this with zero shutter lag. There is also fast autofocus as well as smooth zoom with improved image quality. This Kryo 260 CPU has 20% higher performance than the generation before it.

The Hexagon 680 DSP in the Snapdragon 660  has been designed to also improve the performance as well as the battery life. There now also the Qualcomm All-Ways Aware sensor hub for added efficiency. There is also the Adreno 512 GPU which has a 30% improved performance. The Snapdragon also comes with the Qualcomm AI Engine hardware which includes a Hexagon Vector Processor, Adreno GPU, and Kryo CPU.