The Adcom KitKat A35 has a non removable battery and it is powered by a MediaTek MT6582,  1.2 GHz processor and it comes with a standard 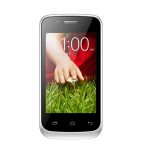 256MB of RAM. There is also 512MB of internal storage that can be expanded up to 32GB via a microSD card. As far as the cameras are concerned, the Adcom KitKat A35 packs a 2-megapixel primary camera on the rear and a 1.3-megapixel front shooter for selfies.

The Adcom KitKat A35 runs Android 4.4.2 and is powered by a 1400mAh battery. The Adcom KitKat A35 is a Dual-SIM (GSM and GSM) smartphone that accepts Regular and Regular. Connectivity options include Wi-Fi, GPS, Bluetooth, FM and 3G. Sensors on the phone include Proximity sensor and Accelerometer.

This is an older mobile phone which came to market in September 2014. The mobile phone is a low spec mobile phone and it is low powered hence the battery of only 1400 mAh. There are a number of colours in the KitKat A35 being four colours as can be seen below. The battery on the ADCOM KitKat A35 does not have a removable battery.

The KitKat A35 is powered by a 1.2 Ghz processor and 256MB of memory. This is a vert basic mobile phone. There is also internal storage of 512MB and it is expandable with a microSD card to 32GB of storage space.

The connectivity of the phone is basic with WiFi as well as GPS and Bluetooth Version 4.0. There is also a 3.5mm headphone jack as well as an FM radio. Note that the KitKat A35 is a dual SIM mobile phone. The SIM 1 has 3G but no 4G. While the SIM 2 does not have 3G and only has 2G.

The KitKat A35 only has two sensors being a proximity sensor as well as an accelerometer.