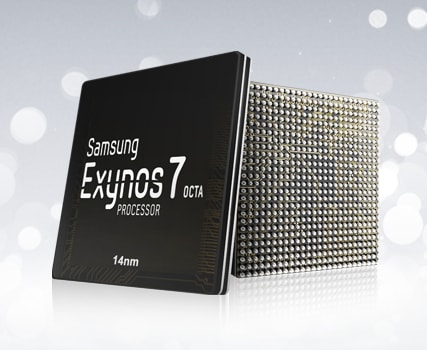 and there is also a Cortex-A53 1.5GHz Quad secondary processor. There are eight CPU cores consist of four big cores (ARM Cortex-A57 up to 2.1GHz) as well as four smaller cores (ARM Cortex-A53 up to 1.5GHz) as the secondary processors. This has been coupled with a Mali-T760 MP8 GPU. The encoding and decoding is at an impressive rate of 4K UHD at 30fps which is a very good frame rate. The camera options which it can handle is also impressive with a 20MP camera on the rear and 8MP on the face camera. The memory on the phone is also impressive considering which year this was released and runs on LPDDR4 1600MHz memory. The HEVC(H.265) encoder is also new and helps with smooth video playback and performance.