The Nokia 5132 manual for the XpressMusic was one of the better phone Nokia brought to the market and was very popular in Thailand at the time being 2010. The phone had the same following as the Nokia 520 mobile phone has today. The 5132 Xpress Music came out of great colour combinations which gave it almost a cult status with a ringtone which became very popular which was done by a Japanese band. The video of the ringtone is below. The phone however was very basic only offering 2G network access.

The phone had a TFT screen with 256K colour with vibration and MP3 ringtones. The odd thing about this phone was the music keys it had on the side of the phone. A type of shortcut to play your MP3’s on the phone. It was very handy even though the phone was a bit to thick but it gave you a full feeling in the hand. It was one of the best mobile phone’s I owned in the last 7 years. There was 30MB internal memory Class 32 EDGE and GPRS and it also came with Bluetooth. 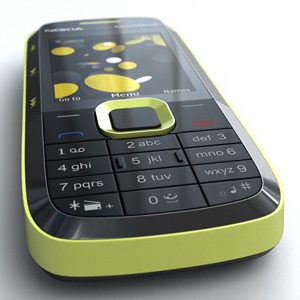 The phone came with a 2MP camera but the camera was actually very good in daylight but florescent light gave it grainy pictures and video. The video was in QCIF at only 15fps so the video was not always very good as it dropped frames all the time. The phone came with WAP and Java and was a very good phone considering its market price. The Nokia 5132 is very difficult to find today in the second hand market. I did see one in Pantip in Thailand a few months ago but you don’t find them around much.

Just because you make a phone for the Chinese market does not mean you can’t have an English version of the user manuals. The phone is a good example of a phone that became big in Thailand and India. This where nobody speaks Chinese. Take a hint – there is a large secondhand market for mobile phones in Asia. One of the nice things about buying a Nokia is that its resale value tends to be very good as it is viewed as quality phones.