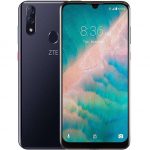 The specifications for the ZTE Blade 10 Prime has been added below and may change as the phone is a brand new release. You will not that ZTE brand is still pushing out very good mobile phones. The ZTE Blade 10 Prime was released in November 2019. Considering its specs the battery with 3200 mAh is more than capable of giving good use before a recharge.

If you are in Sri Lanka then you can also see how to add the APN settings from Hutch to the mobile phone. The ZTE range of mobile phones are bery popular in Sri Lanka as well as in India. The MMS settings for Hutch has also been added to this website and you can see how to add this as well to the ZTE Blade 10 Prime. You can also compare the ZTE Nubia X specs on this website for a comparison.

You will note from the display specs that the phone has a large screen at 6.3 inches which is large. The resolution is also very good at 1080 x 2280 with a pixel per inch of 401 PPI. The screen is crisp to view. Note that the mobile phone is a mid-range mobile phone and you can see this further down the line.

The phone is powered by the Helio P60 and comes with 3GB of memory which is good enough for most users who are not going to be using large amounts of multimedia on their mobile phones. The internal storage is limited to a maximum of 64GB however it is expandable. To figure if you can live with this amount of space you should check your app’s usage now and see how much space your apps take on your current mobile phone.
Processor make – MediaTek Helio P60

The rear camera of the phone is a 16 megapixel and a 5-megapixel camera. The front camera on the phone is a 5 megapixel which is more than enough for taking good selfies. The specs on the ZTE Blade 10 Prime is good enough for this as we can see not only the amount of RAM but also the internal storage space. It’s a very good mid-range mobile phone in this regard.

The full specifications of the phone are not out yet as it only came out a few weeks ago, but we do know that there is a USB Type-C option as well as a fingerprint reader.