The Oppo K5 GSM mobile phone specifications have been added below. You will note from the specs that the Oppo K5 GSM is a 6.4 inch screen mobile phone with a resolution of 1080 x 2340 pixels protected by Corning Gorilla Glass 5. The phone runs on a Qualcomm Snapdragon 730G which is a 2.2 GHz octa-core processor and you should consider which version of the phone you want as there are three options in RAM and storage space. All of this with a non-removable Li-Po 3920 mAh battery and supports VOOC fast charging. All of this weighing in at 182.00 grams.

Note that the Oppo K5 comes in Cyber ​​metal, Fantasy forest as well as Polar sunshine. 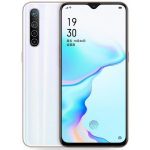 The Oppo K5 specifications make it a very high-end mobile phone much like the specifications of the Oppo Reno Ace mobile. The Oppo K5 is powered by a Qualcomm Snapdragon 730G which is a 2.2 GHz octa-core processor. There is also an Adreno 618 GPU for the graphics. With 8GB of RAM (which is huge) and 128GB of internal storage, it makes for a perfect multimedia or gaming mobile phone.

The storage is expandable with the microSD card can be expanded to 256GB of space. The screen is a Super AMOLED capacitive touchscreen at 6.4 inches which again is a very good size. There is also a screen resolution of 1080 x 2340 pixels which a good with ~402 ppi density. all of this is protected by Corning Gorilla Glass 5.

The Apple iPhone 4 manual and the Xperia M2 user manual is on this website. The Mobitel SriLanka USSD codes have also been added. This as well as the Hutch data balance check so see this as well. There is the Apple Iphone 3 User Manual which is still good value as well as the Nokia Asha 302 manual which is an old but still very popular just as the Motorola Droid user manual which is also no longer in production. If in Sri Lanka then the Mobitel SriLanka USSD codes is also good to have.

The front-facing camera does not have such high specs however it is a 32-megapixel camera with a wide view with HDR and can run video at the rate of 1080p@30fps which is more than what would be needed if you are going to stream video from your mobile phone.

The Oppo K5 has excellent connectivity. There is Wi-Fi 802.11 a/b/g/n/ac as well as dual-band and Wi-Fi Direct as well as a hotspot. There is also  A-GPS, GLONASS, GALILEO as well as BDS. As for Bluetooth version 5 as well as A2DP, LE and aptX HD. Yes there is USB-Type C, USB 2.0 as well as USB On-The-Go. There are two dual speakers as well as a 3.5mm headphone jack.

The phone is a dual SIM phone and each slot works on a nano-SIM as well as both having 3G as well as 4G connectivity on the slots. As for sensors, the phone is loaded. Face unlock, fingerprint sensor, compass as well as a proximity sensor, accelerometer, and an ambient light sensor with a gyroscope as well. You can also see the Lycamobile Germany APN as well as how to check Airtel balance Sri Lanka.