The user manual for the Xperia M2 has been listed below so you can compare before you decide which Xperia to purchase. This is a mid-range mobile phone much like the Lumia 1520 mobile phone from 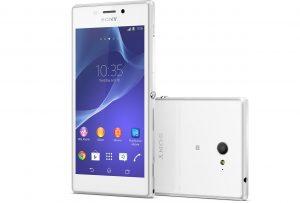 Nokia. The specs for this phone is as follows which has been listed below.

Multimedia is always at the top when it comes to new mobile phones as everyone wants a mobile phone with all the bells and whistles. Being a mid-range mobile phone it comes with some bells but not all the whistles. The M2 mobile phone comes with the standard Xperia camera at the rear being an 8MP camera with X4 digital zoom and a VGA front view camera. This is not a major issue as not that many people are into selfies as yet. See the Sony Xperia d2303.

It also comes with an 4.8″ display which is nice and large and comes with the standard Xperia features such as Geotagging, Image stabiliser and also with Red-eye reduction. It can view images in the following formats – BMP, GIF, JPEG, PNG and WBMP. Video recording is in the 3GPP, MP4 format and it can only play these video formats. If you want to play other formats you need to look at a media emulator which will do this but it uses more battery power. If this is a major issue to you then look at the upgraded Xperia such as the Xperia C3 mobile phone.

The Xperia M2 comes with a 1.2 GHz Qualcomm MSM8926 Quad Core much like the other phones in this range using an Adreno 305 GPU running on the Google Android 4.3 (Jelly Bean) operating system. The memory is the same as the Xperia T3 and Xperia C3 being 1GB of RAM and 5GB of usable storage on the phone. There is also a slot for a 32GB microSD card on this mobile phone.

Sony Xperia d2303 M2, As stated before that this is a phone further down the Xperia range so the options are not as many except for its connectivity which is great. The phone comes with the following features:

We have listed the user manual for the Xperia™ M2 below so you can see all the features for yourself to compare to other mobile phones before you decide to buy this model of the Xperia range of mobile phones.The the user manual for further options and details. Also insure your mobile phone where possible. Also check if you are going overseas on expat forums as to networks and insurance in the country you are visiting such as Thailand or other countries. See also the Airtel Zambia APN settings as well as the Apple Iphone 3 user manual. This is also known as the Sony Xperia d2303 M2 phone.