The ZTE A530 GSM is a basic mobile phone based on the specifications from ZTE. Even so the phone comes with 3G as well as with 4G connectivity. This works great with Airtel in Sri Lanka. Launched in April 2018 the phone comes with a 1.5 GHz quad-core MediaTek MTK 6739 processor as well as 2GB of RAM and a 2660 mAh non-removable battery. the battery should last you a long time between charges as the phone is a very modern budget phone with not many bells to take up battery usage. For a budget phone, the addition of NFC (near field charging) is a surprise.

The ZTE A530 GSM comes with a 5.45-inch touchscreen with 720 x 1440 pixels. This is a very basic mobile phone which is powered by the MediaTek MTK 6739 which is a  1.5 GHz quad-core processor. There is also 2GB of RAM or memory and there is 16GB of internal storage. The storage space is expandable with a microSD card on the ZTE A530. This is a budget mobile phone if you look at the specifications of the ZTE A530. 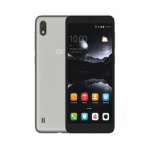 The ZTE A530 specifications show that that mobile phone is a dual phone mobile and uses 3G as well as 4G on both slots. The SIM is a nano-SIM. Note that the phone offers three sensors being the proximity sensor, accelerometer as well as an ambient light sensor. See the other options in the ZTE mobile phone range which is also listed on this website. You can see the Airtel recharge code in Sri Lanka and use the mobile phone for this.