The ZTE Blade V9 Vita GSM specifications have been added below. You will note that the ZTE Blade V9 Vita GSM is a budget phone by looking at the specs. It is powered by a Snapdragon 435 with an octa-core processor running at 1.4 GHz. There is also 2GB of RAM as well as 16GB storage space which is expandable. Note that it also has a 13-megapixel rear camera as well as a 5-megapixel front camera. See other budget phones in the ZTE mobile phone options on this website. 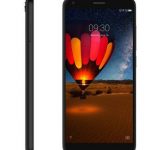 There is however limited memory of the only 2GB which is basic for a lower-end phone. There is also a 16GB storage ability and it is expandable with the microSD card. If you need to find the Airtel SMS settings then that is also listed on this website. The ZTE Blade is easy enough to use with the Airtel SMS facility.

Being a budget mobile phone it comes with a 13-megapixel rear camera which also has a flash. There is also a front-facing camera of 5 megapixels which is good enough for taking selfies. Considering the cost of the phone this is more than better in its price range.

The phone has very good connectivity as a dual SIM mobile phone.  Both slots use the nano-SIM as well as both slots having 3G as well as 4G availability on the mobile phone. There is also Bluetooth version 4.10 as well as an FM radio and GPS. The phone much like every other phone today has WiFi and a range of sensors such as a compass, proximity sensor, accelerometer as well as a gyroscope.