The specifications of the ZTE Tempo Go GSM is very low and you might want to consider something a bit higher in the ZTE range. The phone is very basic in that it only has 1GB of RAM and limited storage space of 8GB which most uses tend to use with their apps alone. The phone is powered by a Snapdragon 210 at 1.1 GHz and the space storage can be extended to 32GB on a microSD card. 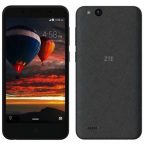 The ZTE Tempo Go is another budget mobile phone from ZTE. It has much lower specs than the ZTE Blade V9 Vita which is also on this website. The ZTE Tempo Go has a 5-inch touch screen with a screen resolution of 450 x 854 pixels.

With 1GB of RAM and well as being powered by a Qualcomm Snapdragon 210 which is a 1.1 GHz quad-core processor. This is a budget phone so there is only 8GB of storage however this is expandable to 32GB on the microSD.

The phone has the basics when it comes to connectivity. It has WiFi like most mobile phones. Note the frequency of the WiFi below in the specs. There is also GPS as well as Bluetooth version 4.0 and rounded off with a 3.5mm headphone jack. The phone also has 2G,3G, and 4G connectivity. You can also see how the Hutch apn settings are added to the phone on this website.