The ZTE Blade A3 GSM specifications make it a budget phone in its price range. This is the 2019 version and it gets a bit confusing as to the specs on this mobile phone. It would appear that there was a revision on the specifications and there is a difference in rear cameras with one being a 13-megapixel camera while the ZTE official website says that there is an 8-megapixel camera on it. Check the spec before you buy any mobile phone to ensure that you are getting what you expect. 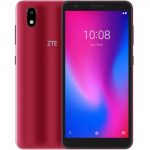 With a 4,000 mAh battery (officially a 2,000 mAh battery on their website) the phone has low enough specs to work well on the battery. As stated in the top lines that there appears to be more than one version on the market as the official specs do not match the reviewed specs on the mobile phone. Again, check your specs especially with this specific mobile phone.

In India, you would have to be content with 3G in this regard. Note that the sensors on the phone will differ as there is more than one version of this mobile phone. The phone would normally include a proximity sensor, accelerometer, ambient light sensor as well as a gyroscope. You can see here how to connect your Airtel SMS settings on your mobile phone.