The Samsung Galaxy S8 offered by Airtel in India has more to offer with its mobile phone plan. The mobile phone package is what you would call standard from Airtel and you can pay upfront or pay each month. The Samsung Galaxy S8 comes in three colours being Maple Gold, Midnight Black as well as Burgundy Red. There is only one option with this phone being 64 GB of storage. 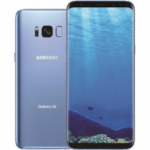 The phone comes with a 12 MP camera as well as a Super AMOLED screen covered in Gorilla glass which makes it scratch resistant. There are also many other gadget such as a compass, pressure sensor as well as a barometer amongst other built in sensors. The full specs for the Samsung Galaxy S8 has been added below.