The Lumia 520 came with a Dual-core 1 GHz processor. With the increase in apps in use today we have seen the Lumia 630 now sporting a Quad-core 1.2 GHz Cortex-A7 processor. This is a huge increase of processing power in the space of 1 year. We also notice that they have left the GPU processor as is with a respectable Adreno 305 GPU processor. Clearly GPU’s are 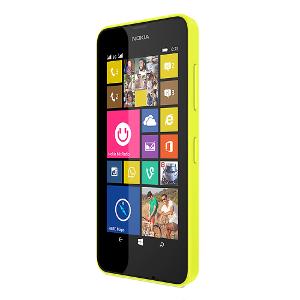 not as important as the raw CPU power but as apps and software become more complex I have no doubt that in the future we will see further advances to the GPU setup in the Lumia range of mobile phones.The battery life is much better now as the older 520 had a 360 hour standby time while the latest version the 630 has a battery standby time of 600 hours almost twice as long in the space of a year. This is mainly to a better setup and better battery which now holds Li-Ion 1830 mAh instead of the usual Li-Ion 1430 mAh battery.

The Nokia Lumia 630 has however not come without its problems. It has been reported that the Lumia 630 with the dual-SIM variant of the mobile phone has phone call audio loss. The is also a dimming along the top of the screen as well as the Microsoft operating system which it uses does not allow setting Google as the default search engine. This is typical of Microsoft but not a major issue.

Nothing has changed by way of the camera which is still a 5 MP, 2592 х 1944 pixels with autofocus. There is no secondary camera in the phone and the video rate is still the same being 720p@30fps. Overall the Lumia 630 is a good overall mobile phone which is not too expensive.