The LG G360 manual is to have been made for the Russian market as all the user manuals which came out for the phone has been in Russian. The LG G360 is a very basic mobile phone with very few features. The phone comes in the USD 35 market which is already very saturated.

What is odd is that many mobile phone companies have already dropped the clam shell mobile phones more than 10 years ago as their hinges used to wear off and devalue the phone. Being today that phones 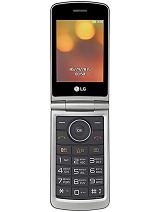 are much cheaper than 10 years ago the idea might be that it should last you a few years before you upgrade. Either way, its never been a favorite of mine as I dumped my old Motorola phone years ago because of the hinge problems.

The current phone from LG being the G360 remains to be seen how long it lasts and if they have improved on the design problems from the older phones before it with similar designs. The Motorola had a top heavy design which wore the hinges quickly, then Pantech can out with one with a bottom heavy design which lasted much longer. The LG looks like a Pantech design.

Released in July 2015 with a TFT screen as well as with a 240 x 320 pixels resolution screen the G360 at this price would be ok as a run-about mobile phone. There is no multimedia ability and the space on the phone is very limited being 32 MB with 8 MB RAM. There is only one camera and it is very basic as it is a 1.3 MP with 1280 x 960 pixels resolution. With USB microUSB v1.1 as well as a radio and WAP with 20 hours of talk time and more than 400 hours of standby time it should satisfy someone who has limited means of purchase and only needs to talk and send basic messages. See also the Karbonn Alfa A91 Champ and the iQOO Z5 5G specs on here.

Now that I think of it maybe LG is trying to knock the second hand market for mobile phones by competing in the bottom end range as the bottom end market in Asia is saturated with Chinese brands. Its really odd to see a phone with these specs released in 2015. The manual below is in Russian.