The LG AKA is another mid-range phone from LG which was released in May 2015. The phone comes in the same design as the LG G4 Beat and the LG Tribute 2 which all had been released in 2015 with the new concave design from LG. The specs are slightly different to the others but from the design LG had aimed this as the teenager market in the mobile phone market.

Much like the Tribute 2 it comes with a IPS LCD capacitive touchscreen with the standard 16M colors and also came with the high resolution touchscreen being the 720 x 1280 pixels screen. The processor is where the main difference lays with the LG AKA mobile phone. 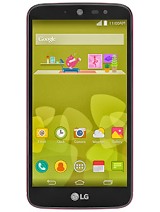 The camera is excellent being a 8 MP camera with a resolution of 3264 x 2448 pixels. It also comes with laser auto-focus and LED flash and a 2.1 MP secondary camera. The frame rates on video is good as well at 1080p@30fps. The phone also comes with the standard features of the higher end phones such as geo-tagging, touch focus, face detection and panorama view.

The connectivity features of the phone is the Wi-Fi 802.11 b/g/n with hotspot which comes with most mobile phones today. There is also Bluetooth v4.0 with A2DP as well as A-GPS however there is no GLONASS on the phone however it has USB microUSB v2.0 as well as near field connection. The phone also comes with the usual accelerometer and proximity sensor.